I On Myself Can Live 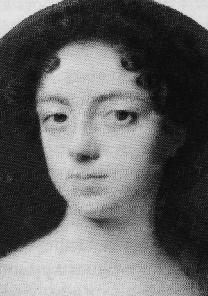 1 The above chapters are the first half of an unfinished study of Anne Finch's life and poetry. Since I did not complete the detailed study, I never wrote up the notes; rather, my text contains parenthetical allusions to notes which were to have been written after the study was completed. I include a periodically updated bibliography of all the sources upon which the biography and all the sections of this region of my site on Anne Finch are based.

I did finish the story and analysis of Heneage's and Anne's life however; only I did it in a more concise fashion, one without a thorough analysis of the poetry and with much less historical detail. The concluding portion of the biography which in the present form would have taken several more parts may be read in Apollo's Muse (Parts Three through Nine linked in above).

2 The National Portrait Gallery has online an image of Heneage Finch, 4th Earl of Winchilsea, as engraved by George Vertue. It is dated 1738 and is a picture of Anne's Heneage (1656?-1726) in middle age. As Myra Reynolds writes, we see "a portly man with straight nose, dark eyes, a white curled wig, and a very kindly expression" (1903 Poems, xlix-l.)